Journey to Seoul from my beloved home in Geoje Island

February 18, 2013
After tried to Seoul with plane and express bus, now its time for me to try another way to reach Seoul from Geoje : by train. But, since we live in an island without railway system, we need to have a bus/car ride to the nearest train station. My dear husband said I was crazy to try public transport during Seollal, where most Korean will be travelling to their parent's home. But, since it was long weekend and he's not working, I can do the trial on my own without risking the children getting annoyed (yes.. 3 tots under dad's supervision for whole weekend.. haha).

First leg of the the journey was taking a bus ride from Jangseungpo Bus Terminal.  Based on this , I decided to take bus for Shinpyeong train station because it is the same line to Busan Station, where KTX departs. It cost 6,400KRW for one way.

﻿
I'd recommend to take bus from bus terminal rather than bus stop (not only from Jangseungpo, but from anywhere). Although most buses will have extra stop at certain place. ﻿Because you will be guaranteed a seat, you can store your luggage properly (doesn't need to take it inside if its big and roomy) and you don't need to wait in unpredictable weather. To take bus 7:10am, I arrived 20 minutes earlier. Got my ticket from the ticket counter served by english speaking staff. Get an instant hot chocolate from the nearest vendor, find my bus and pick my seat. Perfect.

﻿
﻿All bus to Busan from Jangseungpo will stop in Okpo (the bus stop is located -sort of- in front of foreign mart at route 14. close to Mc Donalds). If you take the bus from this shelter, you can get the ticket from the shop as there's no ticket vending machine.

﻿
﻿The bus ride is fine. I thought the driver will be speeding but he didn't. The timing calculation was spot on. I arrived exactly in front of Shinpyeong subway station around 7.45am. Get down there, you'll find ticket vending machine. Pick line 1 to Busan Station. No need to change line. Cost 1,400KRW one way. Be careful the ticket is very small. I almost lost it. There were more than 10 stations (about 13.. not sure) until Busan Station. Took about 15 minutes.

﻿
From Busan subway station find your way out to the surface then on your right side you'll see this. ﻿If you do, then you're in the right way. 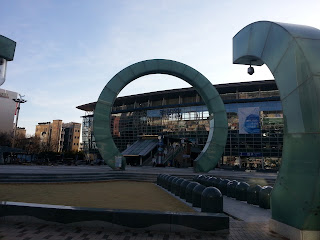 ﻿
﻿I've bought my KTX pass online. Alien card holder who live in Korea under 6 months is entitled to apply for KR Pass which allow the holder to get unlimited train ticket around Korea. But for other resident, Korail has Happy Pass, with purpose similar to KR Pass but cost more. I wrote more about this in the other posting.

Anyway, I brought the printed pass and alien card (passport also fine) to this counter. They were then issued me the pass card and ticket for each journey here. They speak english but you better repeat or write to make sure the message is accrossed. I got the next train which was departing by 9 am. No time wasted!

For ticket issuance, we can also use these machine. But mind my lack of hangeul, I prefer talk to someone. :D 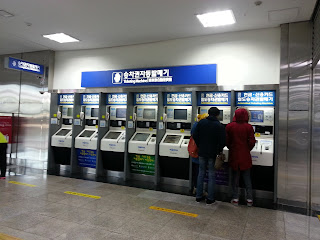 The station is nice and big. I think it has more than Gimhae Airport. All the direction is bilingual and easy to digest. The journey is even better. This year Seollal is still winter time with the weather forecast said temperature is dropped. I got 2 significantly different view only within 1 hour journey. First it was dry  and an hour later snow covering the ground. Impressive! 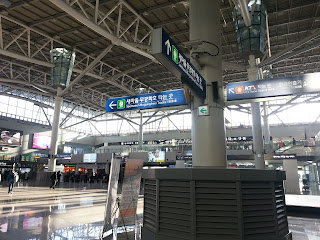 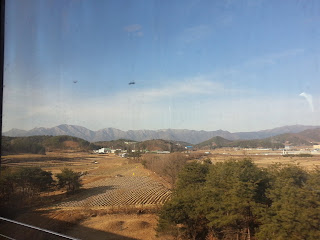 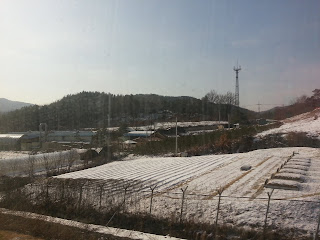 It takes approx 2 hours and 40 minutes getting to Seoul from Busan with direct KTX. I arrived in Seoul just before noon. Seoul station is in the middle of the city. Some major attractions is 1-2 subway station away. Just like in Busan, from the main train station we need to get out from the building to reach the nearest subway station.

Total journey from Geoje to Seoul was approx 4.5 hours. It's about the same with express bus that took 4 hours to reach Nambu Bus terminal in the south of the river. Then another half hour to reach the center city. Bus will cost less than KTX journey but I suggest you try both. The experience is different :) 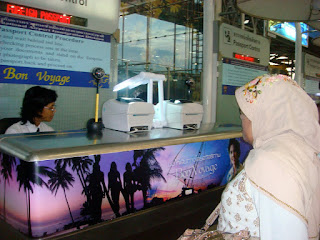 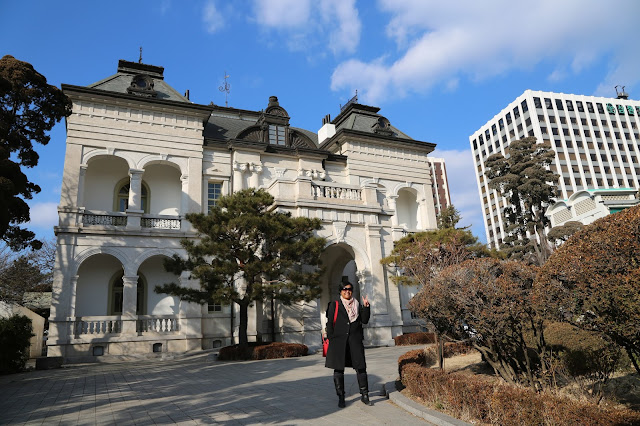